On June 10, 1774, (Two years BEFORE the Declaration of Independence was adopted) a meeting was held in Middletown; Elijah Wickersham presented the resolves to the first meeting of the general committee of Lancaster County. The Committee was composed of James Burd, Joseph Shearer and John Backenstoe.

In 1974 the Middletown Borough council declared June 10 to be Middletown Independence Day to mark the anniversary of the Resolves. (The holiday is celebrated on the Saturday nearest the 10th).

Since the Bicentennial in 1976 the Middletown Area Historical Society has held an annual fair to celebrate Middletown’s independence. 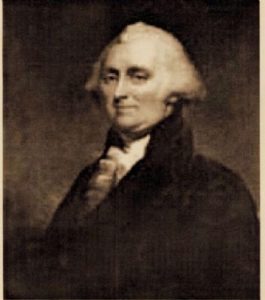 A native of Scotland, James Burd came to America in 1747 or 1748. In 1756, he settled in Lancaster County but soon joined the military at the outbreak of the French and Indian War. He was commissioned a Major at Fort Augusta in 1756 and took command of the fort in December. During the war, Burd was instrumental in helping to fortify the Pennsylvania front and improve transportation. In 1774, Burd worked with a group of residents in Middletown to establish the Middletown Resolves, a group of resolutions formally protesting the oppressive acts of Britain’s Parliament against the American colonists. In 1775, he helped to organize colonial military forces as a member of the Committee of Safety in Lancaster County. James Burd retired to civilian life in 1776 and died in 1793 at “Tinian”, his farm in Highspire.